Home » What is Cranial Osteopathy?

What is Cranial Osteopathy?

The Cranial technique was developed by William Garner Sutherland – an early student of Andrew Taylor Still who leaned more towards physiology. He observed the temporal bones in the skull and compared them to the beveled articular edges of the gills of a fish.

This observation led him to discover that there was a respiratory function in the temporal bones of the skull, and that there is motion in tissue fluid itself. He observed this fluid motion as a tidal event, interspaced with pauses, and realised that it could be palpitated, and that were fulcrums and points that could be used to rebalance it.

Another aspect of this technique is the Biodynamic Cranial approach, which was developed by Dr James Jealous in 1994 and this particular method looks at the embryo as a blue print of expressed health. 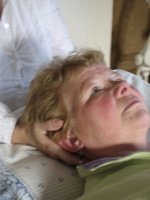